For several years there has been the threat of fake programs out on the internet that are masqueraded as legitimate software. With more money to be made however, the proliferance of such software has risen dramatically. Recently someone brought in a system that was infected with a program called Advanced Password Manager, an illegitimate password manager which actually scans the victim’s computer for usernames and passwords and displays them on the screen. It then attempts to manipulate the user into purchasing the software! How’s that for a scareware type of virus? Not only does it infect the computer, not allowing them to work on it normally, but they have the gall to ask for money. As the final insult, if you were to actually purchase the fake program, you’d be sending them all the usernames and passwords that it has scanned from the system. 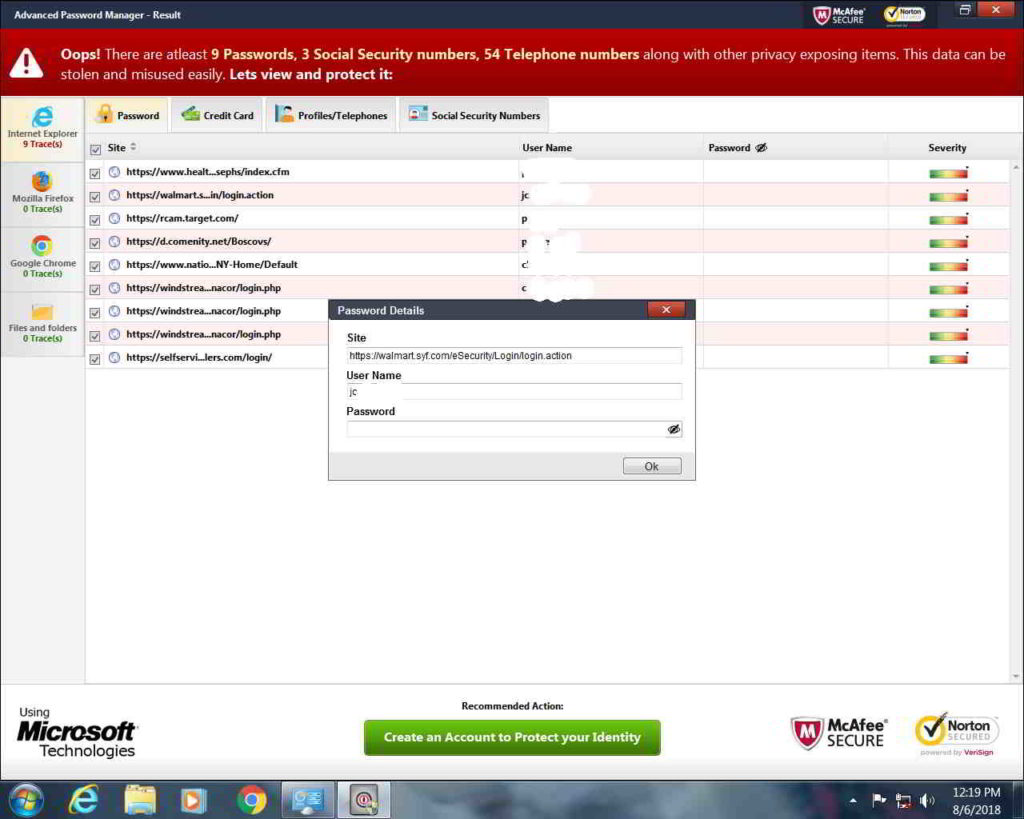 Notice in the image for Advanced Password Manager that they have included links and logos for legitimate software and companies, namely Microsoft, McAfee and Norton. 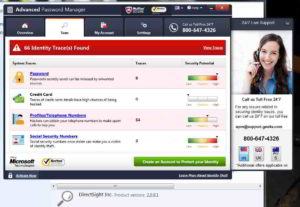 It’s interesting how legitimate this rogue program looks. They even include a phone number and an email address.

One thing I’ve always recommended was to have my clients use a password manager. I recommend a different one than this fake program. If someone uses Advanced Password Manager, they will actually be giving away all their credentials to these scammers.

So how can you be sure the program you’re installing is legitimate? One good way is to run it through one (or several) good virus scanners. Usually they can notify you if the program you’re contemplating on using is real or a fake program. If you’re in doubt, either don’t install it or contact me for an appointment. I will ensure your system is as secure as possible.